If you have any information regarding anything on this page please submit a tip to the FBI and the Suffolk County Police Department.

Suffolk County Police released images of this belt which was found at a Gilgo Beach crime scene during the initial investigation. The letters "HM" or "WH" are embossed in the leather. Police believe the belt was handled by the perpetrator and did not belong to any of the victims. 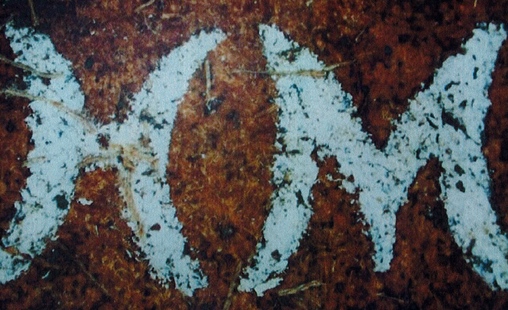 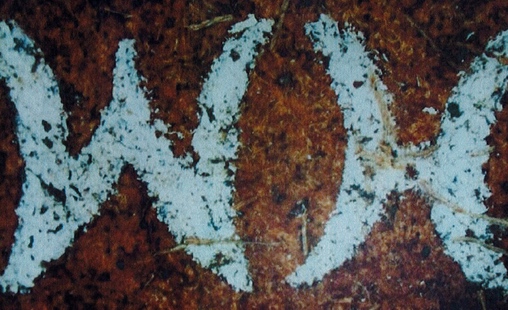 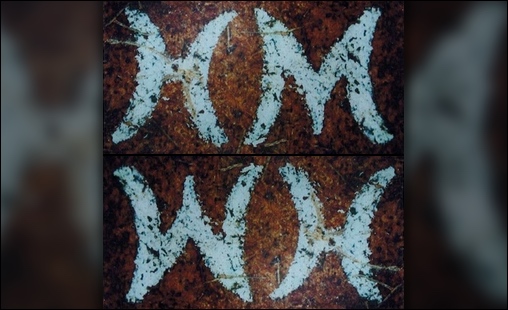 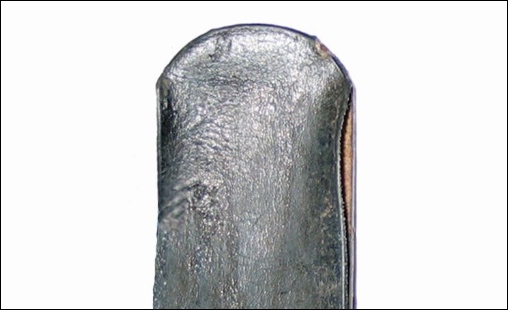 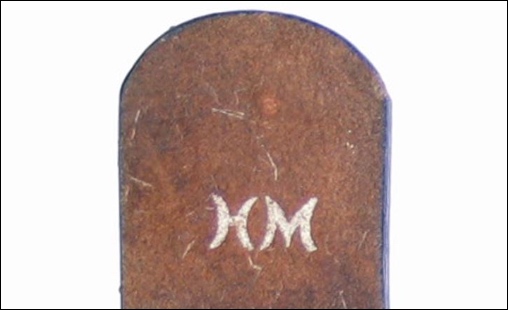 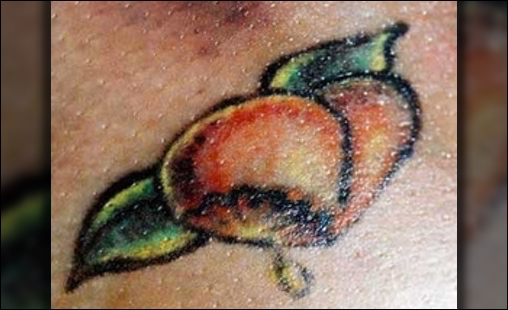 This peach tattoo was found on an unidentified young African-American female discovered in Hempstead Lake State Park in 1997. The victim's daughter, only 1-2 years old, was also murdered. 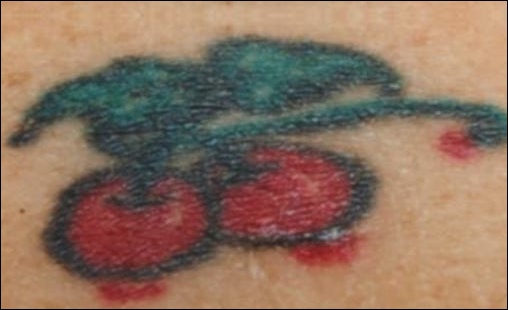 This tattoo of two cherries was found on an unidentified Hispanic or light-skinned African-American female whose remains were discovered on shorelines in Mamaroneck and other parts of Northern Long Island in 2007. 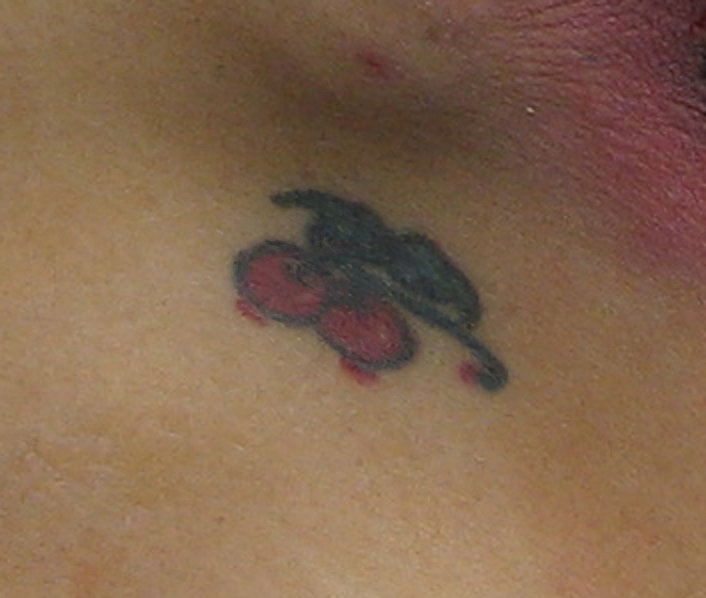 These two gold bracelets were found on an unidentified African-American female discovered in Hempstead Lake State Park in 1997. Other remains belonging to the victim were found at Gilgo Beach in 2011. The victim's daughter, referred to as "Baby Doe," was found wearing similar jewelry. 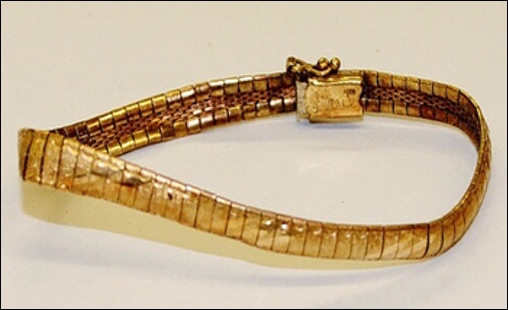 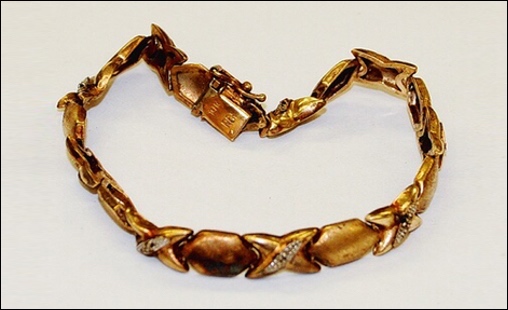 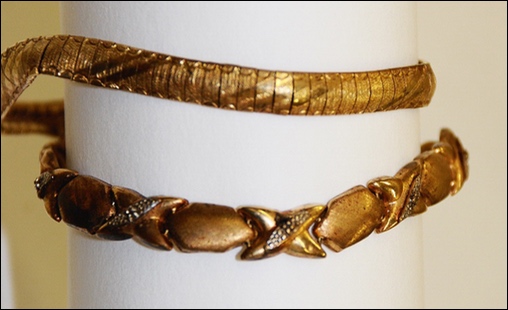 This gold necklace and earrings were found on unidentified female toddler at Gilgo Beach in 2011. The victim was estimated to be 1-2 years old and was likely killed in 1997 along with her mother "Peaches." 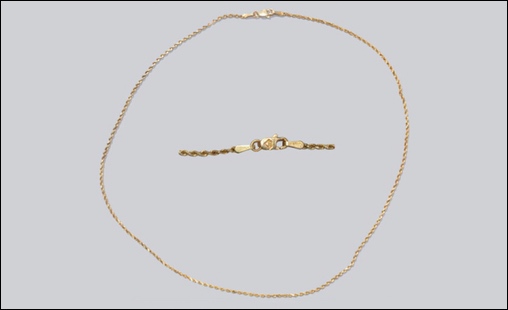 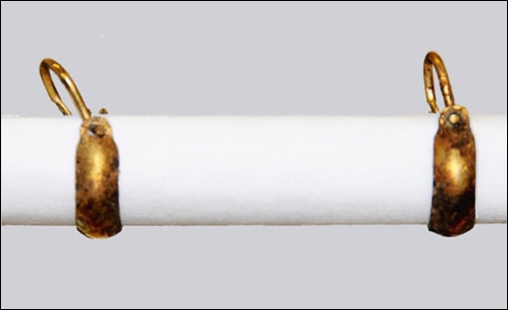 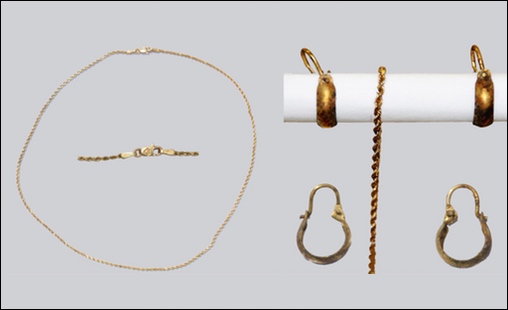 Tina Foglia, 19, was murdered after attending a rock concert in West Islip in 1982. This diamond ring she wore was not found on her body and may have been taken by her killer. 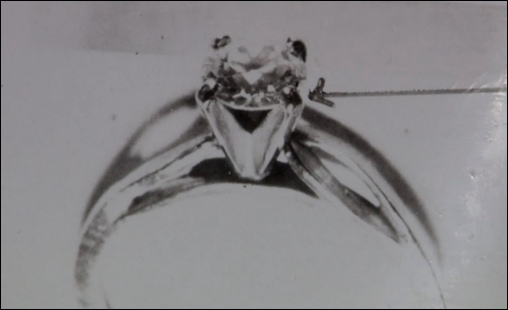 This golden pig pendant was found on an unidentified Asian female whose body was discovered in Lattingtown, NY, in 2013. The pendant may be a reference to "The Year of the Pig" in some Asian cultures. Recent years of the Pig include 1971, 1983, 1995, and 2007. 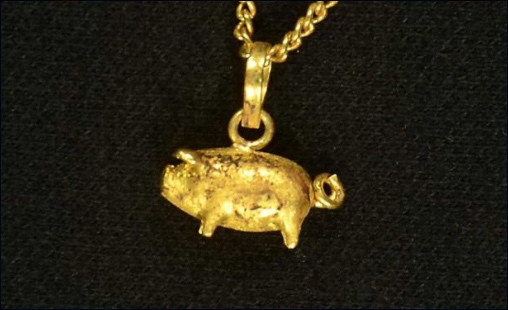 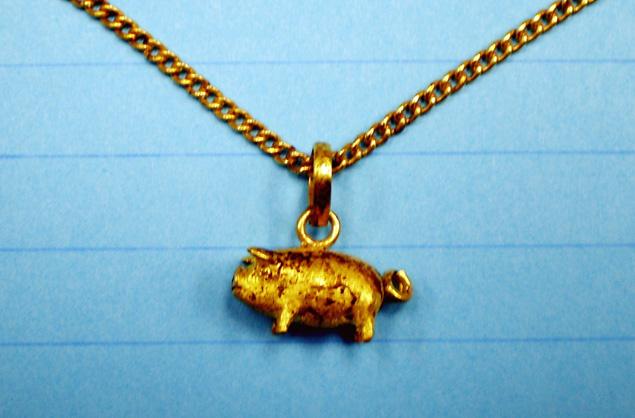